This type A-2 flight jacket belonged to Thomas F. Murphy, a tail gunner attached to the 569th squadron of the 390th Bomb Group. On the back of the jacket is the name of Murphy’s aircraft the “Gloria Ann”. There are 27 bombs painted on the back of the jacket signifying the amount of successful missions Murphy flew. On the 27th mission, a raid on Berlin, Germany on March 6, 1944, the “Gloria Ann” suffered severe damage but was able to fly back to base. Due to the damage suffered on this mission “Gloria Ann” was salvaged after 27 completed missions. 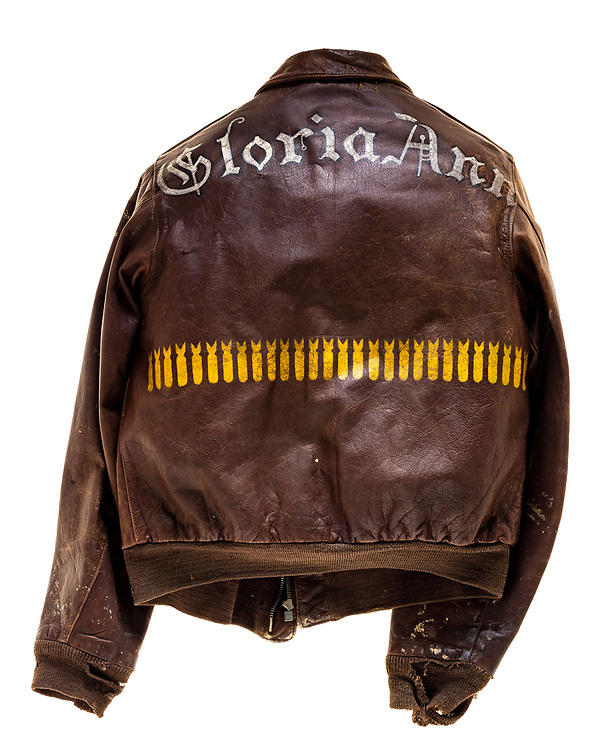