William T. Dinwiddie, a pilot on “Gung Ho”, wore this type A2 flight jacket. Dinwiddie and his crew were attached to the 569th squadron of the 390th Bomb Group. The 569th squadron insignia patch, a bear dropping a bomb from the clouds, is attached to the front of the jacket. Above the squadron patch is the name plate which reads "W.T. Dinwiddie". The name “Gung Ho” is painted on the back of the jacket with a yellow machine gun between the two words. Each bomb painted on the jacket represents a successful mission flown by Dinwiddie and his crew. “Gung Ho” completed 101 missions before being shot down on its 102nd mission. This was the third most missions by an aircraft in the 390th bombardment group. 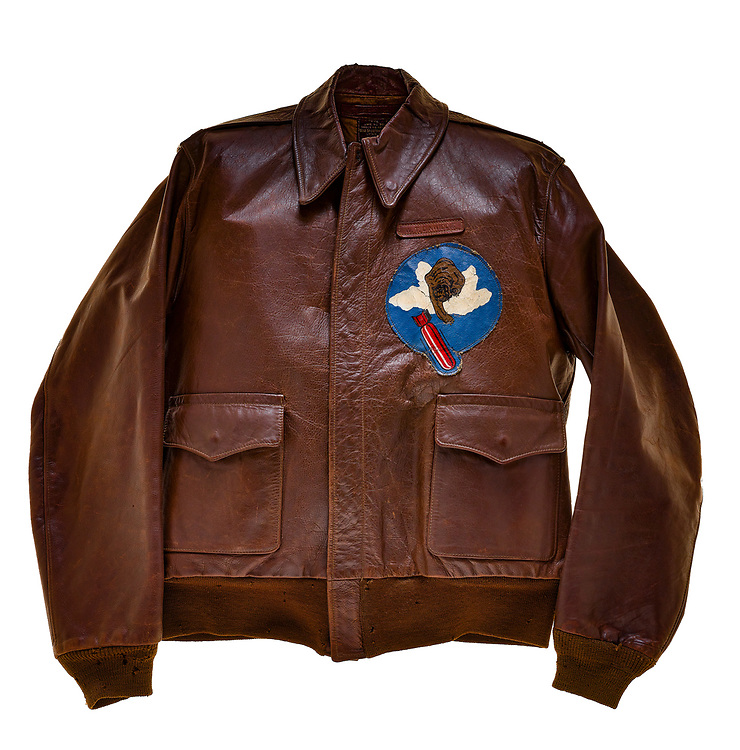