Donated by TSgt. McDonald Darnell, Jr. who was the radio operator, and flew on this aircraft from D-Day in 1944 until April, 1945.

Flak-Bait is a Martin B-26 Marauder aircraft that holds the record within the US Army Air Forces for the number of bombing missions survived during WWII. Manufactured in Baltimore, Maryland as a B-26B-25-MA by Martin, it was completed in April 1943 and christened Flak-Bait by its first assigned pilot, James J. Farrell, who adapted the nickname of a family dog, "Flea Bait". Flak-Bait was assigned to the 449th Bomb Squadron, 322d Bomb Group stationed in eastern England.

During the course of its 202 (207 if one includes its five decoy missions) bombing missions over Germany as well as the Netherlands, Belgium, and France, Flak-Bait lived up to its name by being shot with over 1,000 holes, returned twice on one engine (once with the disabled engine on fire), lost its electrical system once and its hydraulic system twice, and participated in bombing missions in support of the Normandy Landings and the Battle of the Bulge.

On March 18, 1946, Major John Egan and Captain Norman Schloesser flew Flak-Bait to an air depot at Oberpfaffenhofen in Bavaria. There the famed bomber was disassembled, crated, and shipped, in December 1946, to a Douglas factory in Park Ridge, Illinois.

The aircraft is currently undergoing preservation and conservation at the Smithsonian Institution's National Air and Space Museum's Udvar-Hazy Center. 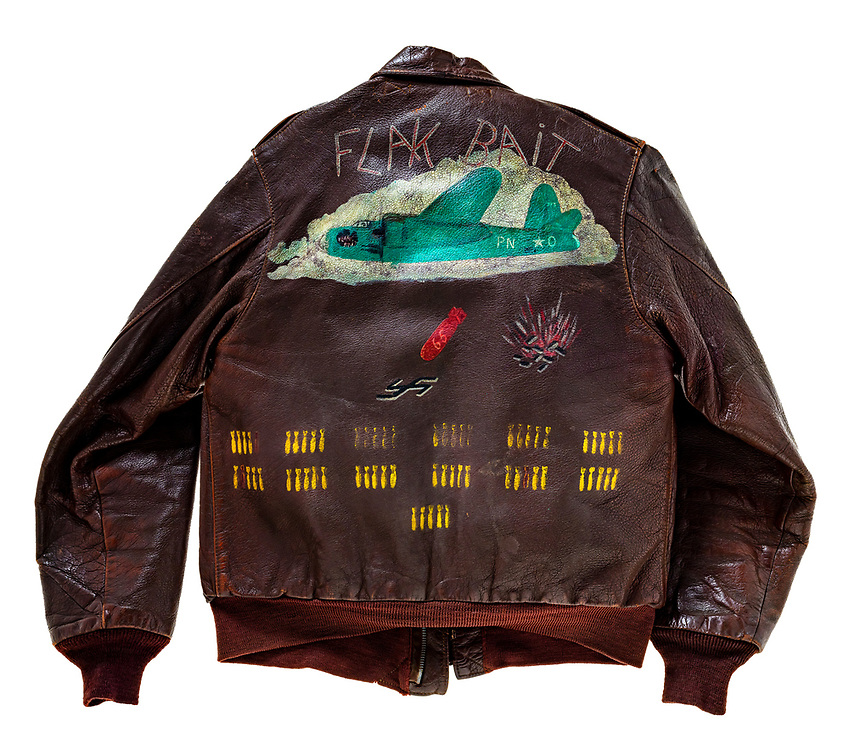